Adenovirus is known to migrate to the nucleus of its host cell where it forms structures known as adenovirus replication compartments (AdRCs) – specialized nuclear microdomains that synthesize viral DNA and RNA. At the end of the infectious cycle, adenoviruses induce lysis of the host cell and go on to attack and propagate neighbouring cells.

In this experiment, DNA binding protein was labelled with GFP, and so, the green signal we observe in the video reports the position of AdRCs, allowing us to visualize the progression of the infection. U2OS cells were infected at a MIO of 30 and imaging was started 6 h post-infection. The life cycle of adenovirus is ~48 h, so these images represent the early stages of the infection process. Refractive images were taken every 15 s for 1 hour 25 mins, and fluorescence images were taken every 5 mins using the FITC channel.

We spoke to Prof. Clodagh O’Shea from the Salk Institute for Biological Studies (La Jolla, CA, USA) to discuss some of the unique observations in this video.

“Nanolive cell imaging is the only way of studying the phase-transition that occurs in response to the increase in AdRCs, in real time. We see deformations in the nuclear membrane as the virus propagates, which cannot be visualized with other technologies”.

Changes in cell membranes are intimately connected with modifications in lipid metabolism and so, Prof. O’Shea’s lab are interested in combining microscopy with lipidomic studies.

“Normally changes in lipid metabolism are very hard to trace because we don’t know what is upstream and what is downstream. With Nanolive cell imaging we can visualize the responses of lipid droplets, mitochondria and cell membranes all at the same time, and so, if we combine this with mutant forms of adenoviruses it could be a great way of identifying key lipid pathways affected during infection”.

Another question O’Shea’s lab is keen in studying are the density changes that occur during phase-transition. For this, Nanolive’s 3D rendering tool could be invaluable, as it allows to map changes in the nucleus and quickly identify positions of interest with ease.

Nanolive would like to thank Prof. O’Shea, Dr. Akiko Inagaki and Dr. Horng Ou for preparing the samples and for taking the time to talk to us. Best of luck for the future! 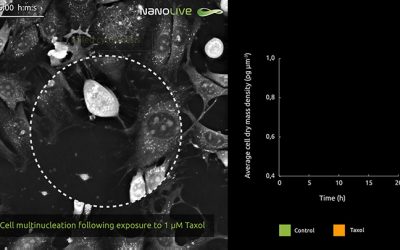 What is Paclitaxel (Taxol) and how does it work? Paclitaxel, perhaps better known by its brand name Taxol, has long been used as a chemotherapy drug and has been used to treat numerous types of cancer [1]. It is a cytoskeletal drug, which binds to a specific site on... 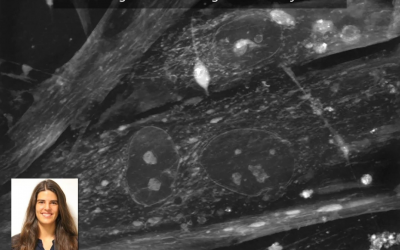 In November 2020 Nanolive attended the Spanish & Portuguese Advanced Optical Microscopy (SPAOM) meeting, held remotely from Valencia in Spain. The objective of this annual congress is to keep new researchers in the Iberian Peninsula at the forefront of optical... 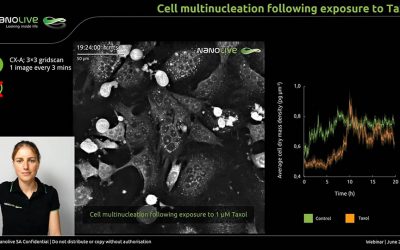 In this webinar, Dr. Emma Gibbin-Lameira, Communications Specialist at Nanolive reveals how Nanolive imaging can be used to conduct real-time, automated cytotoxicity assays, without the contribution of photo and cytotoxic methodological artefacts. Specifically, she...