October 4th 2017: a new star is shining in the microscopy universe.

The last century was sprinkled with Nobel prizes for this fast-growing and fascinating discipline that has been revolutionizing the way we see and study life.

Here a short list on the most impactful microscopy techniques awarded in the last 70 years:

The trend is clear: increasing resolution to unveil the deepest secrets of the basic units of life and approaching more and more the natural, physiologic way cells are found in our bodies: in 3D, unstained and alive.

We warmly congratulate these three visionary researchers and we can’t wait to learn who will be the next! 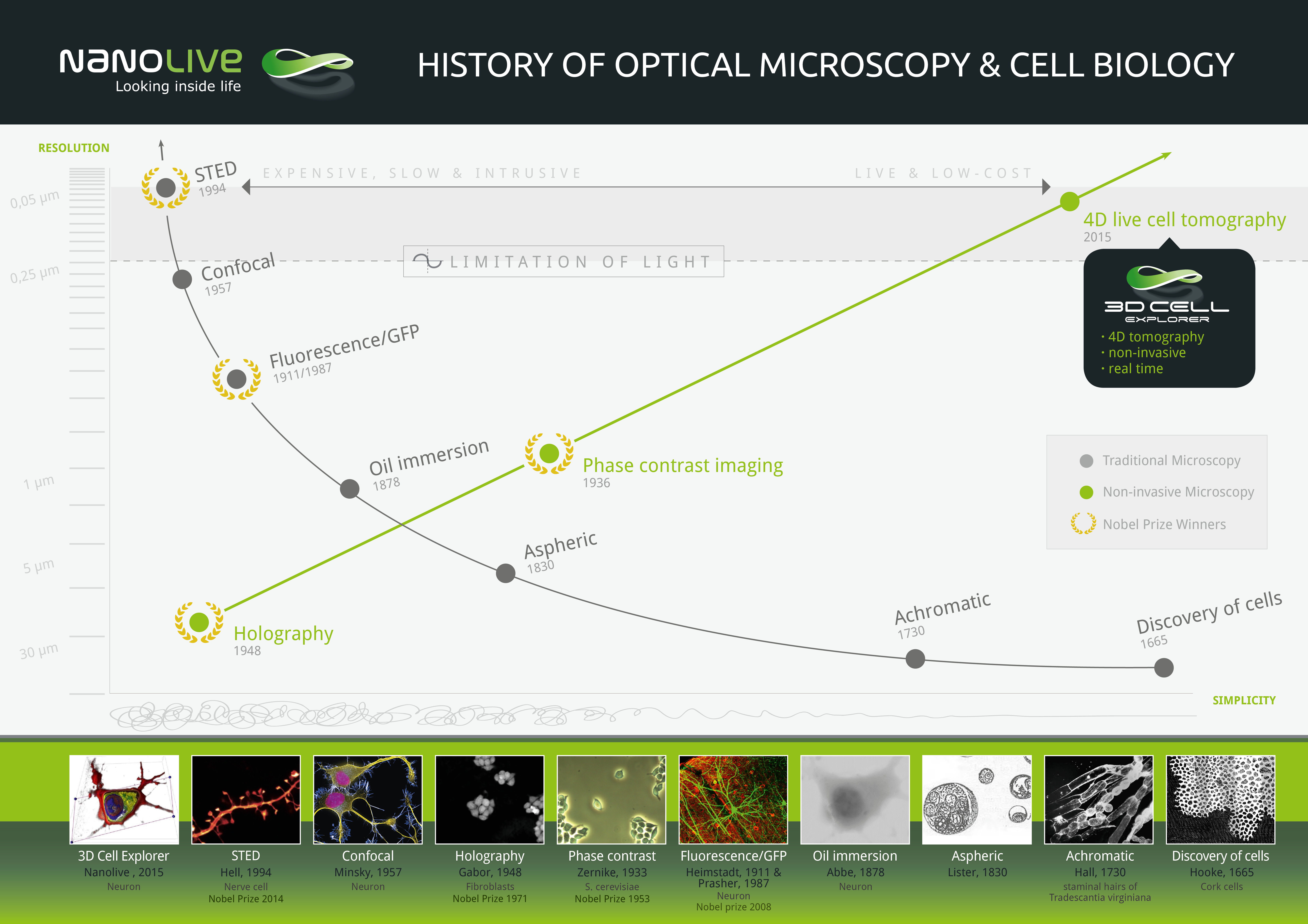