An interview with Nanolive’s CSO 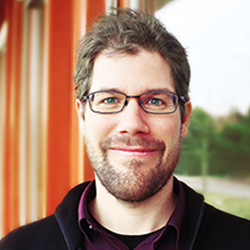 We already talked about him few months ago when, thanks to his PhD thesis, he won a prestigious national prize: the Swiss Physical Society award 2015.

Bastien joined Nanolive in January 2015 as Head of Scientific Software and showed immediately to have some special qualities which brought him to achieve, in just one year, a big goal: becoming the company’s Chief Scientific Officier. Congrats Bastien!

In order to know more about him, we asked Bastien to answer a few questions:

Lisa: Hi Bastien, could you briefly present yourself?

Bastien: Hi! I’m a physicist who briefly wandered into the humanities territory! Indeed I spend three years of my academic career studying literature and philosophy after which I completely switched to the hard sciences side. From there on I went straight from undergrad studies to a PhD in solid state physics at EPFL. Since the summer 2013 I have the joy to be married to my wife Céline and to raise together our daughter Alice in our small family. I joined the Nanolive adventure on January 2015. Quite busy years!

Lisa: Why did you join Nanolive? What did you feel you could bring to the company?

Bastien: Nanolive’s technology has a particular appeal to a physicist: In the end we are talking about measuring the speed of light within nanometric biological samples: awesome! I consider it is a privilege to be able to do a true physicist job in a private company, even more so in a startup! At first I brought my expertise in high performance computing, but the broad challenges in the development of the 3D Cell Explorer entails quickly dragged me away from my comfort zone and nowadays I have the pleasure to tackle optical, computational, electronic and recently managerial challenges.

Lisa: What does it mean to you to be CSO, what’s your mission in the company?

Bastien: I am thrilled and a little overwhelmed! CSO is a role I grew into from the start of my career at Nanolive and I would like to thank Yann and Sébastien for leaving me the room to do so. There is so much to do! Our company is ramping up into uncharted scientific territories with the potential of enabling ground-breaking discoveries. We have to root our development from scientific imperatives and let them meet with marketing and economical ones! If approached from the right path, there is no reason for those to be contradictory! Finding those paths is probably one of the most important and challenging part of my mission. 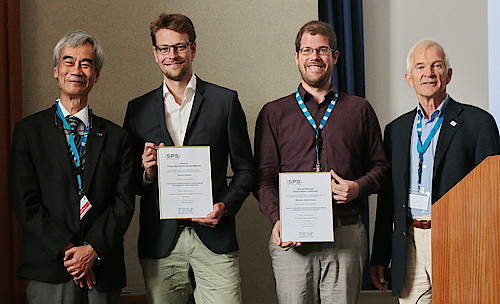 Bastien at the Swiss Physical Society Award reception in 2015